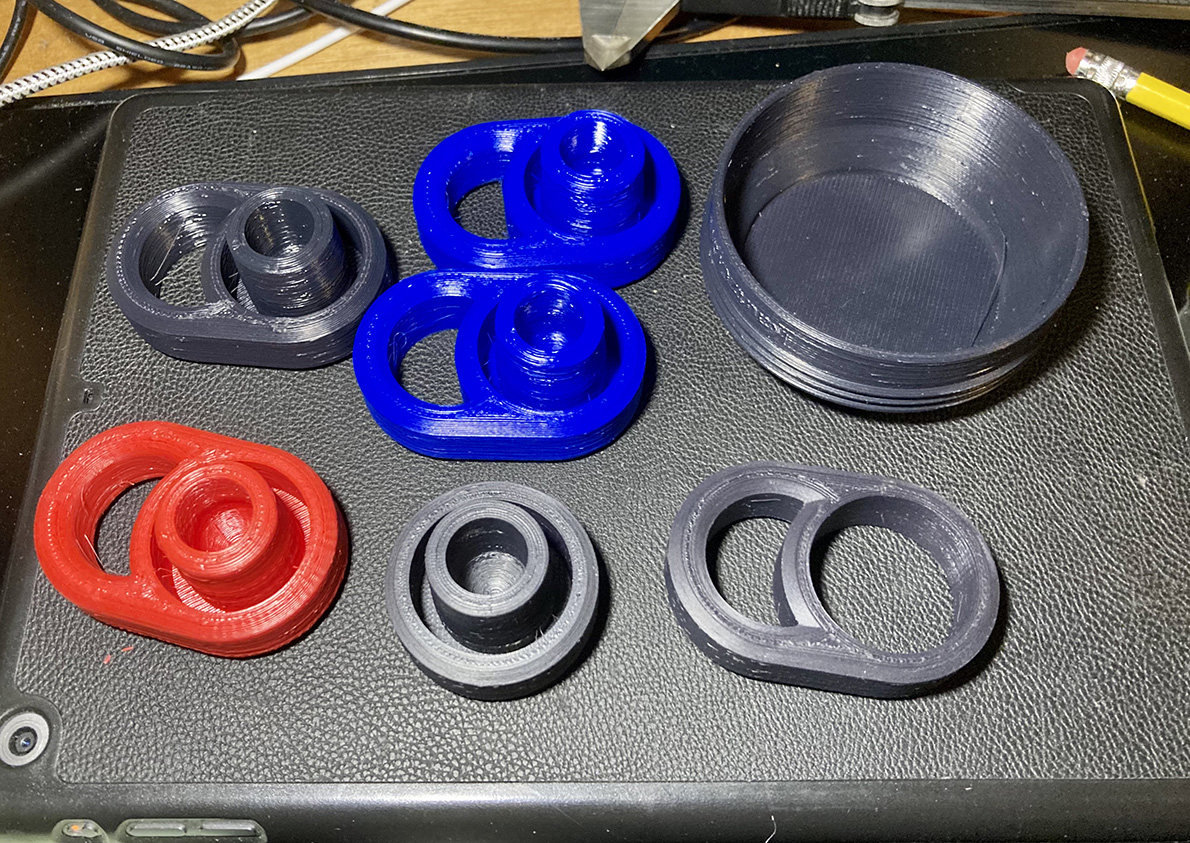 Just call it ASA. It is a 3D FDM printer filament. It is a plastic that is similar to ABS (Acrylonitrile Butadiene Styrene). Note they have arranged the triple name components a bit differently. The butadiene is missing and acrylic is first. What all that means is mumbo-jumbo chemistry to me. It does mean it has different properties.

ASA acts like ABS but is claimed to be stronger, more weather resistant and less subject to the effects of (UV) Ultra Violet radiation. Result, it should last longer in an outdoor environment.

That is why I bought my first kilo spool. I had a ham friend who wanted weather resistant plastic parts for a mobile radio antenna for his vehicle. I made some samples from ABS because I had some. Then I did research and discovered ASA and its better outdoor resistance especially to UV radiation.

I re-printed all the mobile antenna parts and then made end insulators for use with wire antennas.

ASA prints very well. Temps are high at the 250 C range. Warpage is far less than ABS. With good bed adhesion (glass + hairspray) I have been producing excellent parts.

My son-in-law asked for some parts made for a Yakimo bike rack on his automobile. I immediately recommended ASA rather than ABS for the parts since it would outdoors and subject to a lot of UV sunlight.

I had red, blue, and white ASA on hand. I suggested he could purchase a spool of black if that was the color he wanted for his bike rack. I now have black ASA on hand.

ASA produces a strong and rigid part. No flex in a thin wall can cap I printed in black ASA. Shown in picture with bike rack sample parts. I just a few days ago used red and blue ASA to reprint a mailbox flag I printed in ABS two years ago.

The ABS flag was structurally fine but showing a bit of color fade. The ASA replacement is a real world UV test in exactly the same location. A gave the old flag to my neighbor as it was perfectly useable. (No ABS from me in a landfill yet.)

In summary, I think ASA is a great material for printing. Parts are good. The jury is out on the UV claims, but I will accept the printed specs. ASA is priced higher than ABS and other “standard” filaments. Not an issue for me for the claims of better outdoor durability. ASA is for printing real application durable load bearing parts. Not decorative shelf Junque. :)