I did some critical testing of the “shadow purge” I discovered with my Cetus2 (C2) printer. I caution to say this is not yet the approved “shadow print” method being developed by Tiertime for the release version. At least as far as I know.

I stated in a previous posting that I discovered (quite on my own) that turning on “Infill Preferred” causes a hidden purge within the interior of the print.

It worked quite well on a vase print I displayed. But I was concerned how it would do in fine details where there is not much purge area. 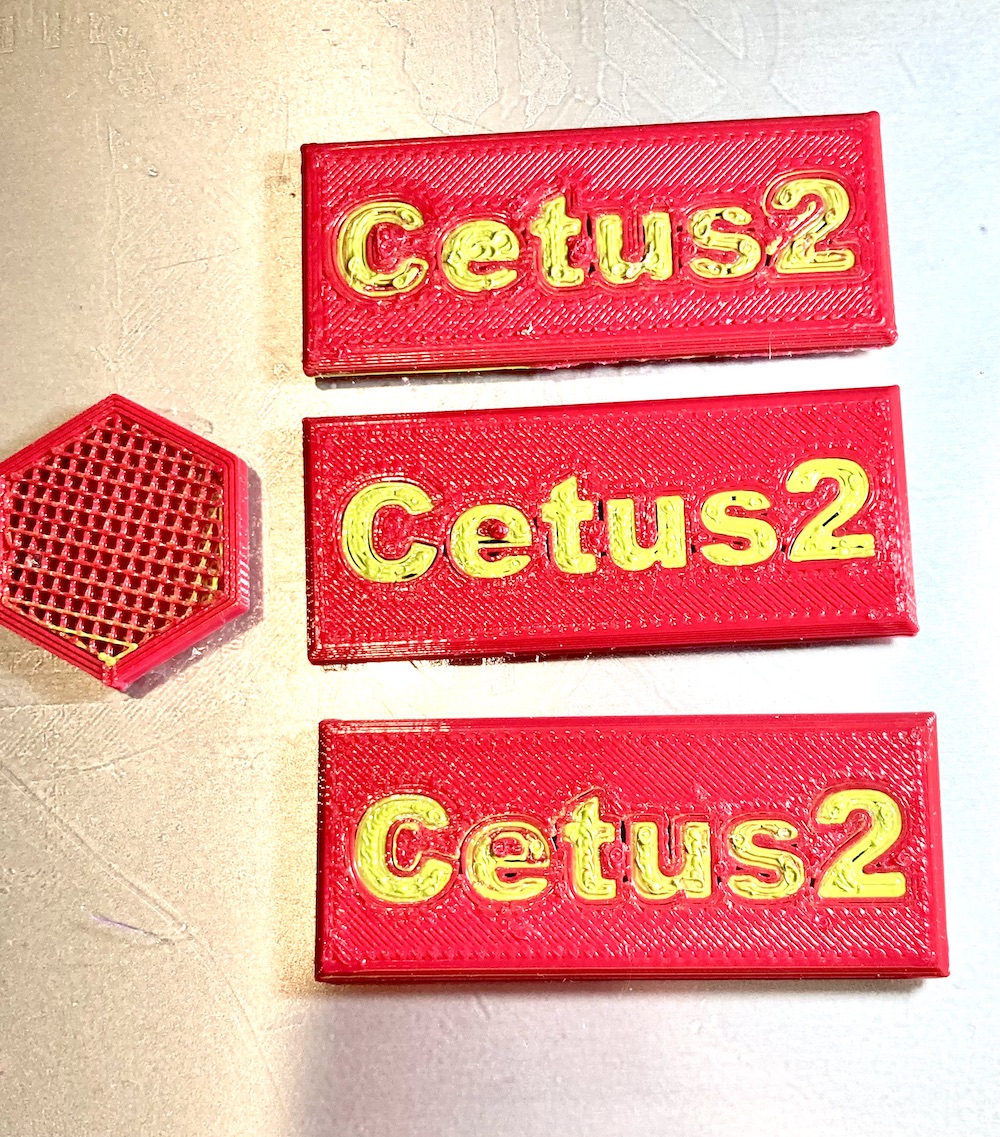 Shown is a Cetus2 label plate I designed to replace a very poorly attached flexible label supplied with my printer. This test is run with a different color than I used on my C2. It is the same build stl file.

The lettering is a mere 10mm high. So this is a tough test.

The center print the set-up is different. Purge tower enabled, 0.20 layer height, speed UPS3 ‘fine - 30mm/s’, and ‘Infill Preferred’ off. The best print IMHO. Could tweak flow a bit to move gaps but at normal viewing it looks quite good.

This is a test between purge tower and Shadow Purge, nothing else.

Better results than #1 but still second place to purge tower. It does show the difference changing a few variables can do to appearance.

Notice to Trolls: Please realize, as all close up photographers know, the camera’s eye is not forgiving of even to most minute flaw. Many more hours could be spent to fine tune line widths, flow, etc. Please don’t send me a critical how-to-print report. It will only reveal your ignorance of reality. <grin> 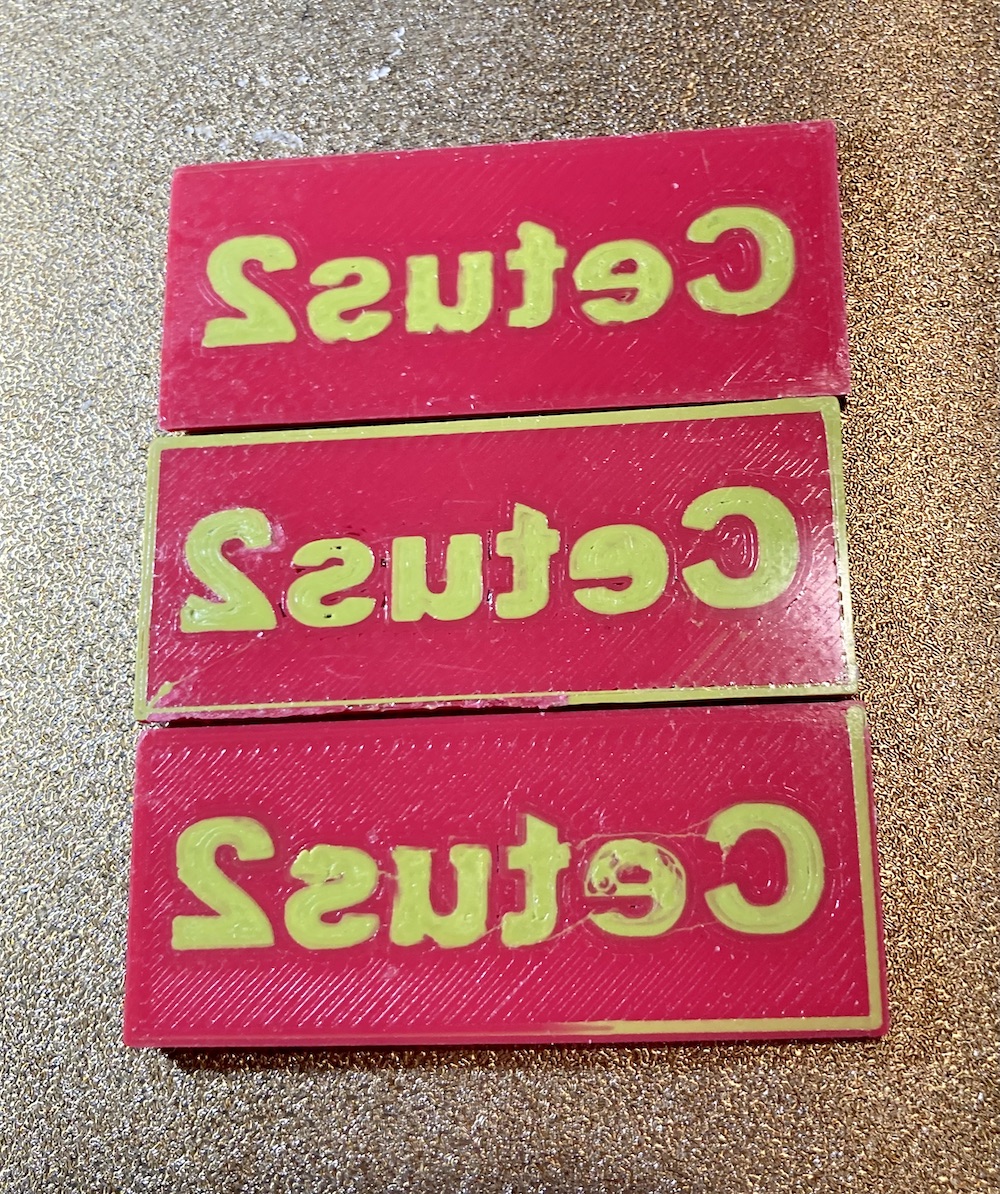 The backside reveals the shadow purge on the outside edge of the second and third label. The middle one is the faster speed by 15 mm/s and the 0.05mm thicker layer height. Top is the purge tower version. 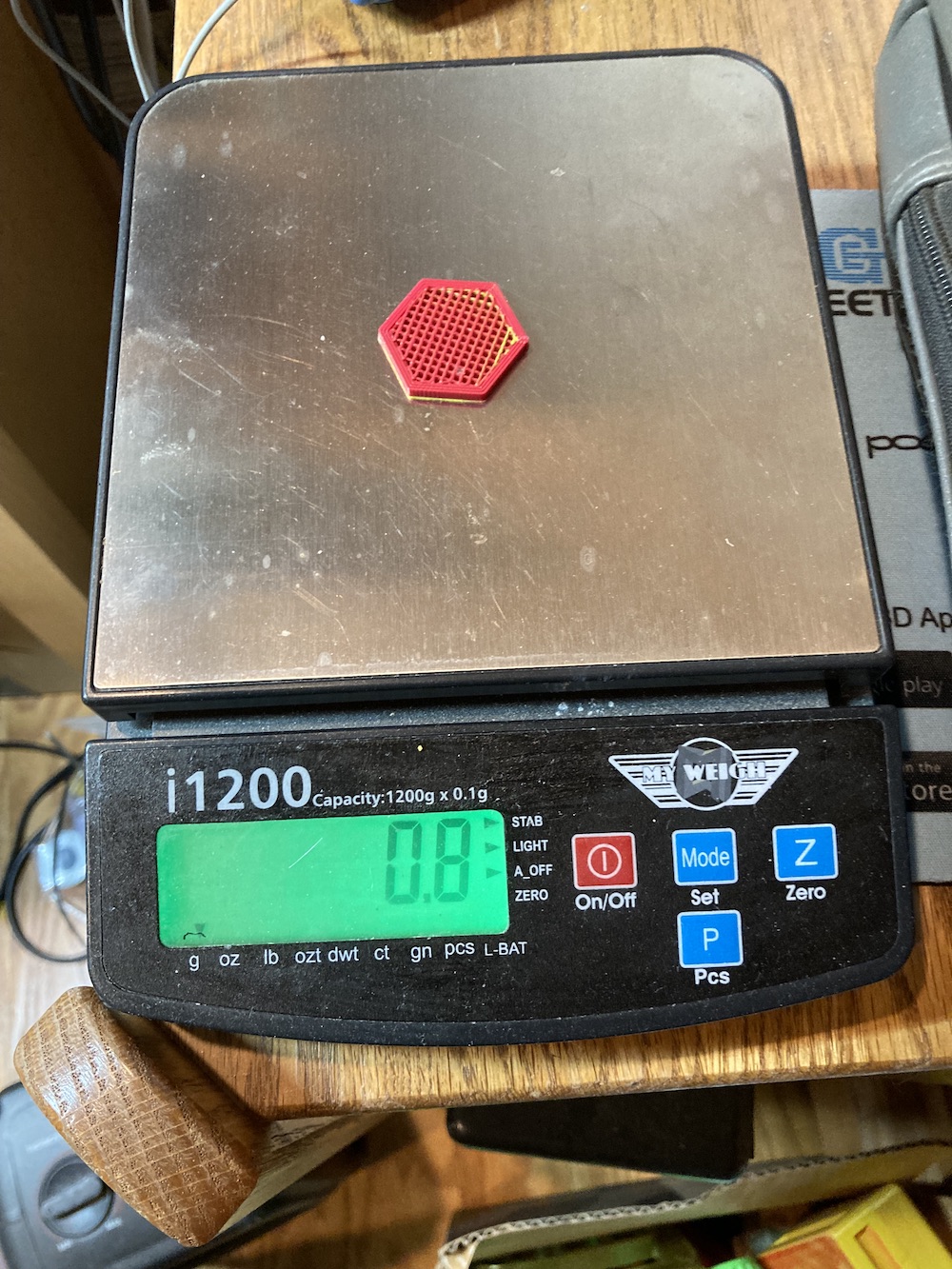 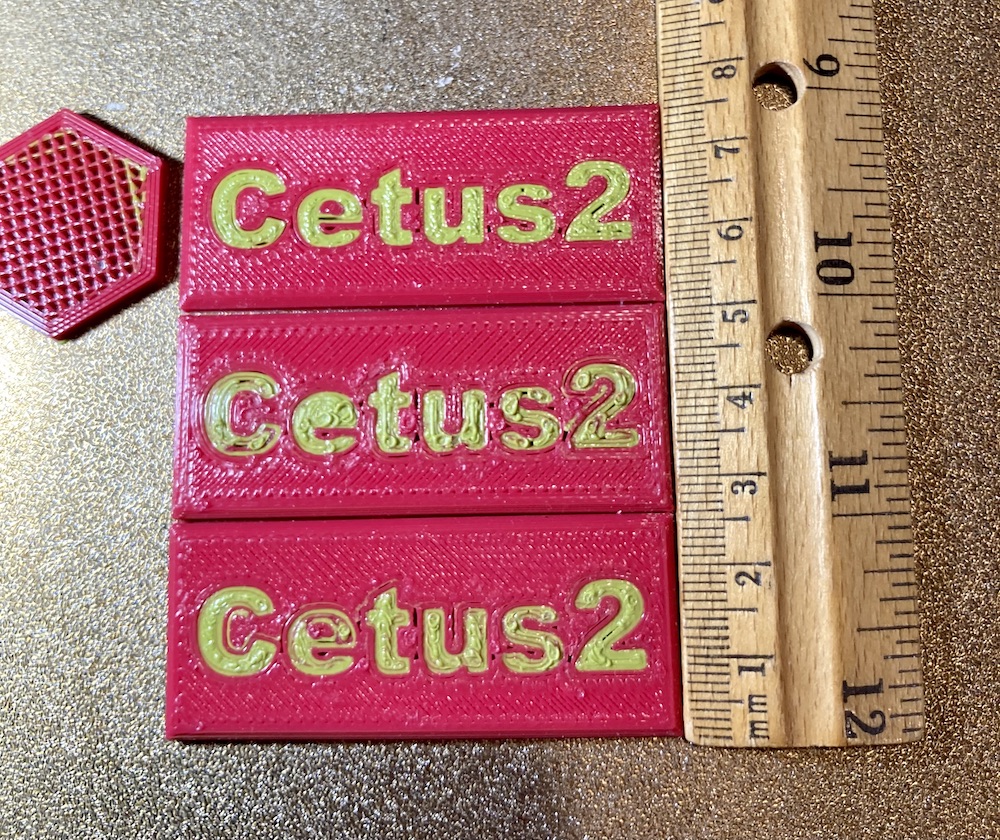 This last picture is another comparison look with different lighting and a ruler to give a size reference.

Please just take this test for whatever it is worth to you. Make your own judgement. I have no problem with that. Better yet, run your own tests when you have a full production version of CETUS2 at your work space.