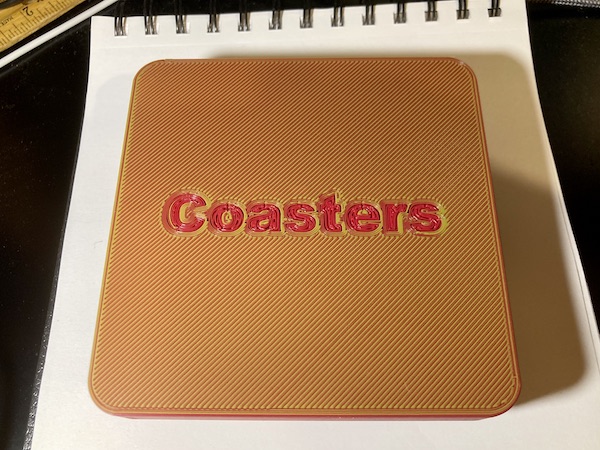 When nozzle three is in use for a print there is no possible way to use a purge tower. When flowing two colors 50/50 blend at the same time, the designers thought there would be no need for a purge. The purge tower function was therefore never programed In UPStudio3 to purge with nozzle three in use. (I know Cetus2 designers are re-thinking this limitation.)

I wanted to create a printed lid for a box I designed, that would use the 50/50 color mix (nozzle three) for the main body of the lid. Then add a single color (filament) for lettering inset into the lid surface.

The only way I could see to do this was to use the shadow purge which does not use the purge tower to change colors.

This requires some rearrangement of the entity codes for the nozzles. What I did was give both, nozzle one and nozzle three, equal functioning.

My concept worked as I have produced exactly what I intended. The lead photo (and below) shows the results. The shadowing effect around the lettering is produced by the normal dual stream flow of the mixing process as the nozzle outlines the letters. It is not a purge issue.

This is the first time I have made a two color flat surface print using the mixing nozzle (three) by using what I call the shadow purge to change colors. 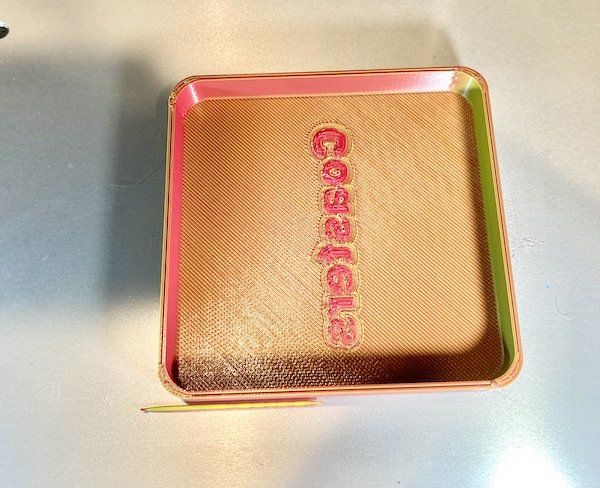 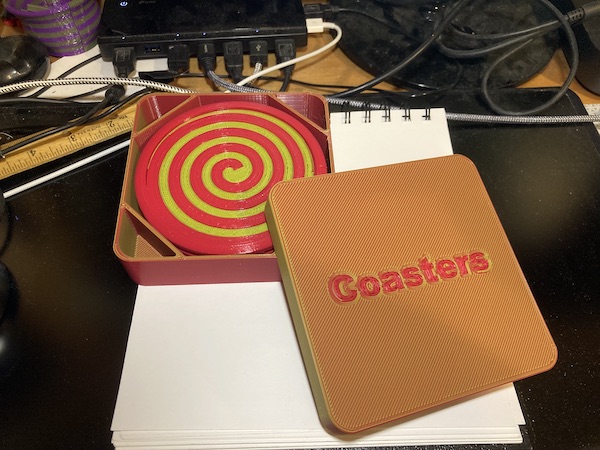