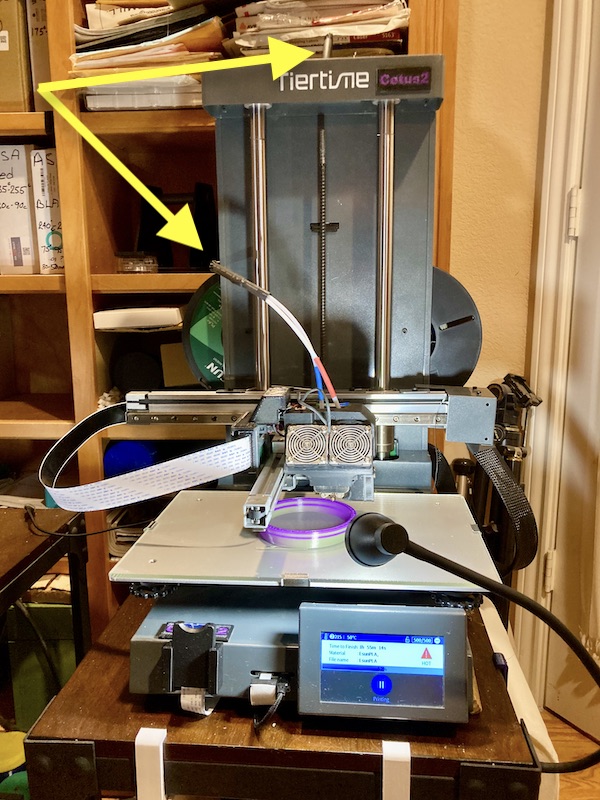 As you (must) know by now, the Cetus2 3D printer shown in this blog is a pre-production version. Many detail changes have already been announced for the production unit.

I have a new production Cetus2 on “reward” status with Tiertime. It may be delivered in late May or June of 2022. That provides time for design change and improvements to continue. I suspect it is mostly a build material supply issue as Covid-19 (et al.) slows deliveries.

No problem for me. I have a working Cetus2. It does give me a chance to offer first hand user experience and suggestions to the Cetus2 build team.

The tubes that feed filament from the spools to the printhead are simply guide tubes. Not the typical Bordon push/feed. The filament is PULLED through the tubes from the spool, through the flow/break sensors on the back panel and into the extruder by the drive motors in the print head. Cetus2 is a direct drive FDM printer.

I installed the guide tubes the length they were supplied. They have always seemed to be much longer than necessary. There may be a reason. The Z nozzle height is quite long at a tiny bit over 30 CM and the back plate another 18 CM above that.

The two tubes are in the black mesh protector so they stay together. But the long length tends to wrap behind the  Z backplate and occasionally rub on the spool and edge of the backplate. The mesh cover grabs a tiny bit on any edge it rubs against. I have tried routing the tubes on both sides and both work well enough.

As I have said, the tube assembly seems to be longer than necessary on either side. So I sent off my thoughts and experience to Jason Wu, asking if the tubes could be shortened and to what length.

For now I designed a top bracket that clips onto the top cover and helps guide the feed tubes away from the rear of the machine. A bit strange looking, so I hope (and expect) the tubes can be shortened without creating new issues.

Jason has mentioned that the various routings of the ribbon and other cables have been addressed on the production units. Perhaps the filament feed tube lengths will also? I have contributed my 2 cents… :) 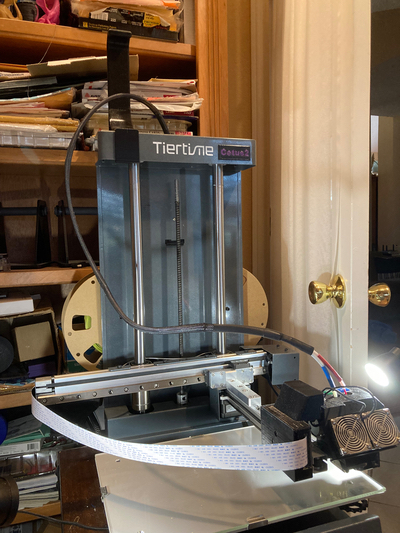 This photo shows the extream reach reach for both the filament guides (from left side) as well as the white ribbon cable to the  print head. This may be what established the length of the feed tubes. But the tubes could take a more direct path over the front. However, there remains a problem with how the tubes will act when the Z axis is near the top when routed over the front.

There are no filament feed problems with the long tubes. So that is why I am hesitant to make them shorter. I'll let Tiertime make the call...

Update: 3/28/22 - Jason reports R&D says the tubes can be as short as 70cm, making sure there are no tight turns restricting filament movement. No rush to shorten as it works OK as is, and will check possible shorter path next time I change filament. Done: I shortened the tubes by slightly over 25cm. Much better as tube now have fewer bends and less resistance.

Here is my present solution. 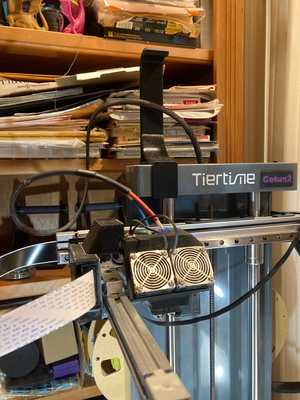 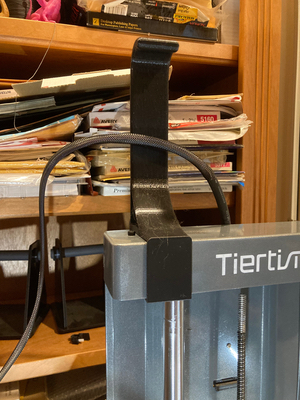 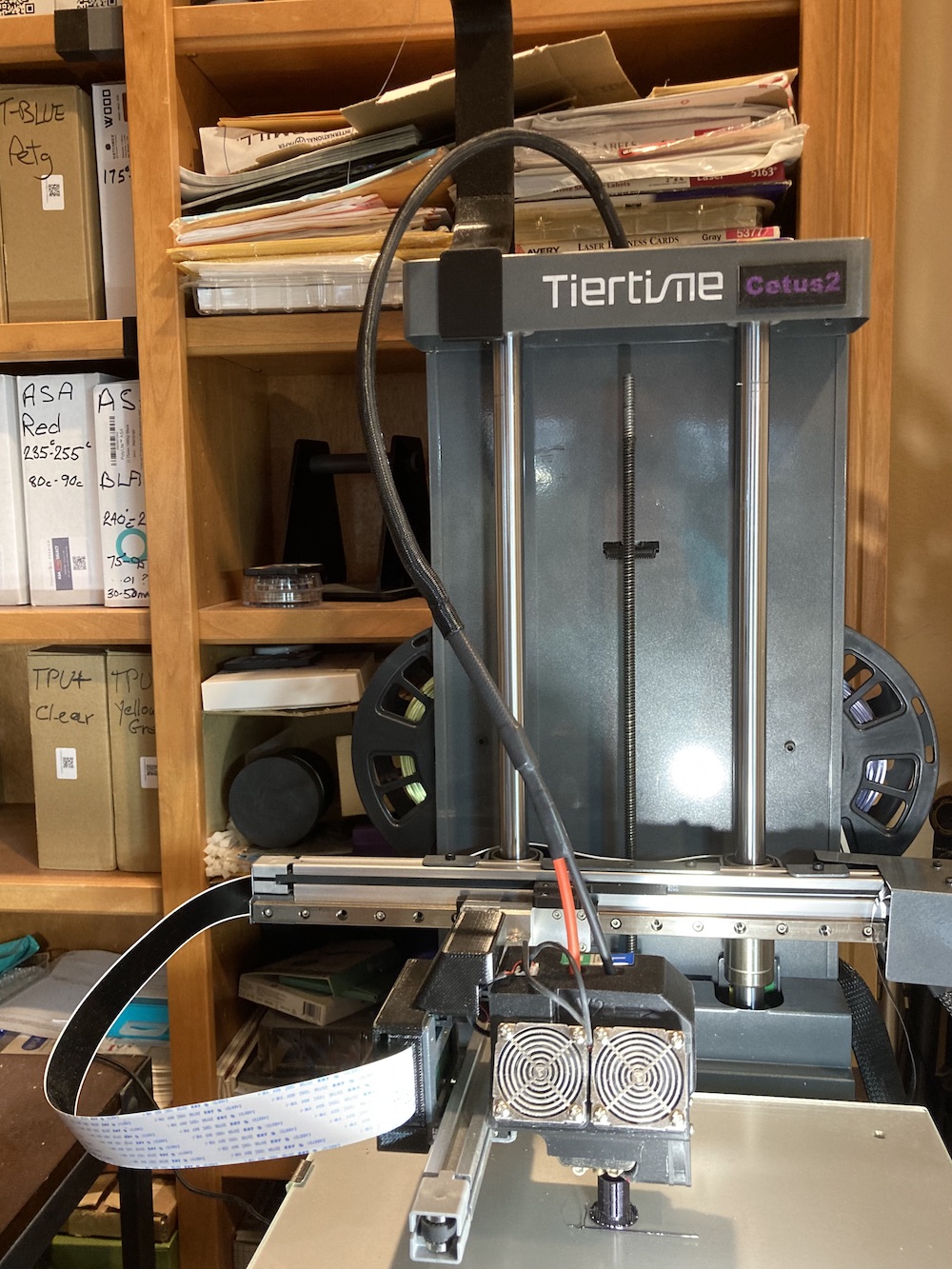