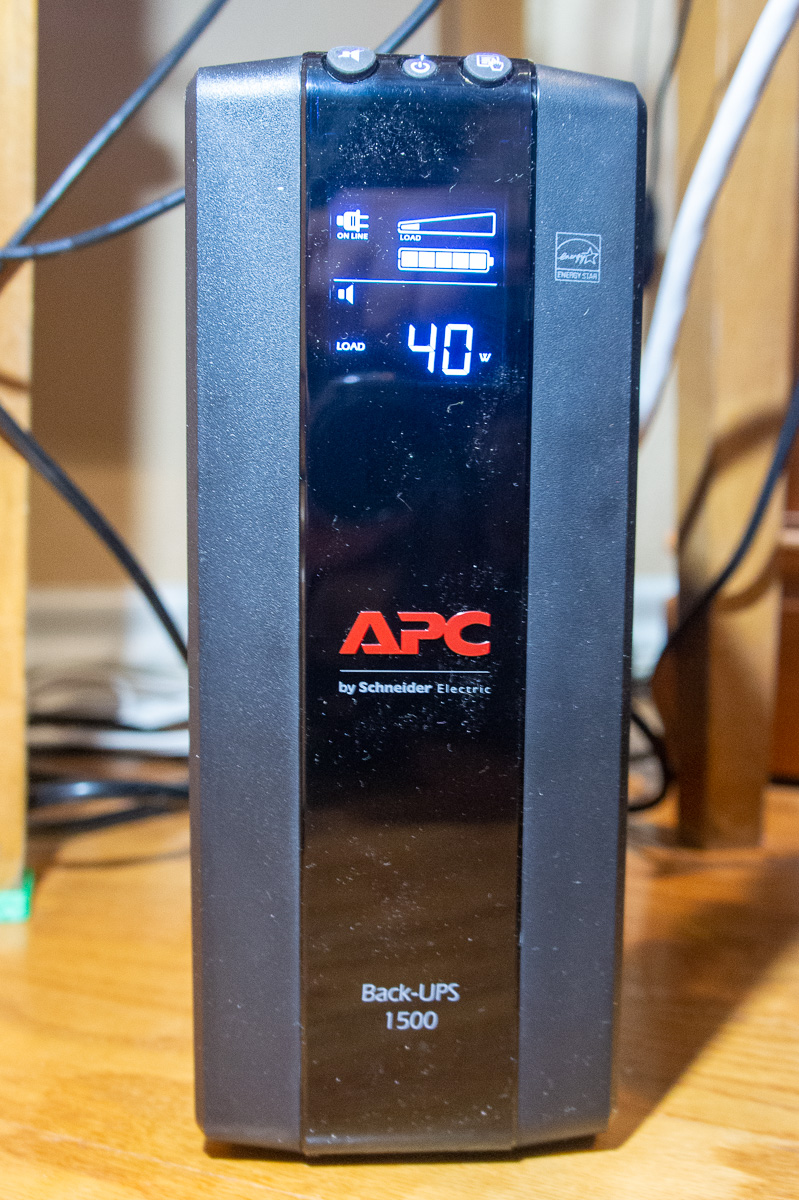 The three-dimensional printers see a lot of run time here at KautzCraft Studio. The larger prints run for twelve hours or longer. A lot can happen in that time span. Here in Texas and I am sure everywhere else, the weather can change for the worse.

That can lead to power interruptions which can kill a print job in the eleventh hour. It has happened often enough that it became a high priority to find a solution.

Many of the newer three-dimensional printers now offer power interruption protection and can be restarted where they are stopped mid-print and resume the print. That’s not always a perfect solution as the printhead is not parked in a “safe” area above the print and can actually “glue” itself to the print as the heat goes away.

The “pause and resume” works well, but when the power is instantly gone as in a power outage, the pause move (to a safe location) cannot be executed.

The obvious solution is a device called an Uninterruptable Power Supply or UPS. The link will lead to additional information. Often called a battery back-up. Used with any electrical device (like computer equipment) that must continue to operate when normal power is interrupted.

The UPS is a power line (usually 120 volt) battery backup system. A relatively large capacity low voltage rechargeable battery is maintained in a charged condition and is connected to a converter (inverter) that produces 120 volts alternating current.

The converter (inverter) is instantaneously energized and switched to carry the load when the normal power fails as during an electrical storm or other reasons.

A UPS is a perfect solution for saving 3D prints that have a lot of time and material required in their creation.

There are many sizes, brands an features available when selecting the UPS for this task. The choice was a given for me as the brand is owned by my last employer, Schneider Electric -- owners of the APC brand. We used them exclusively as back-up in our energy management control systems. 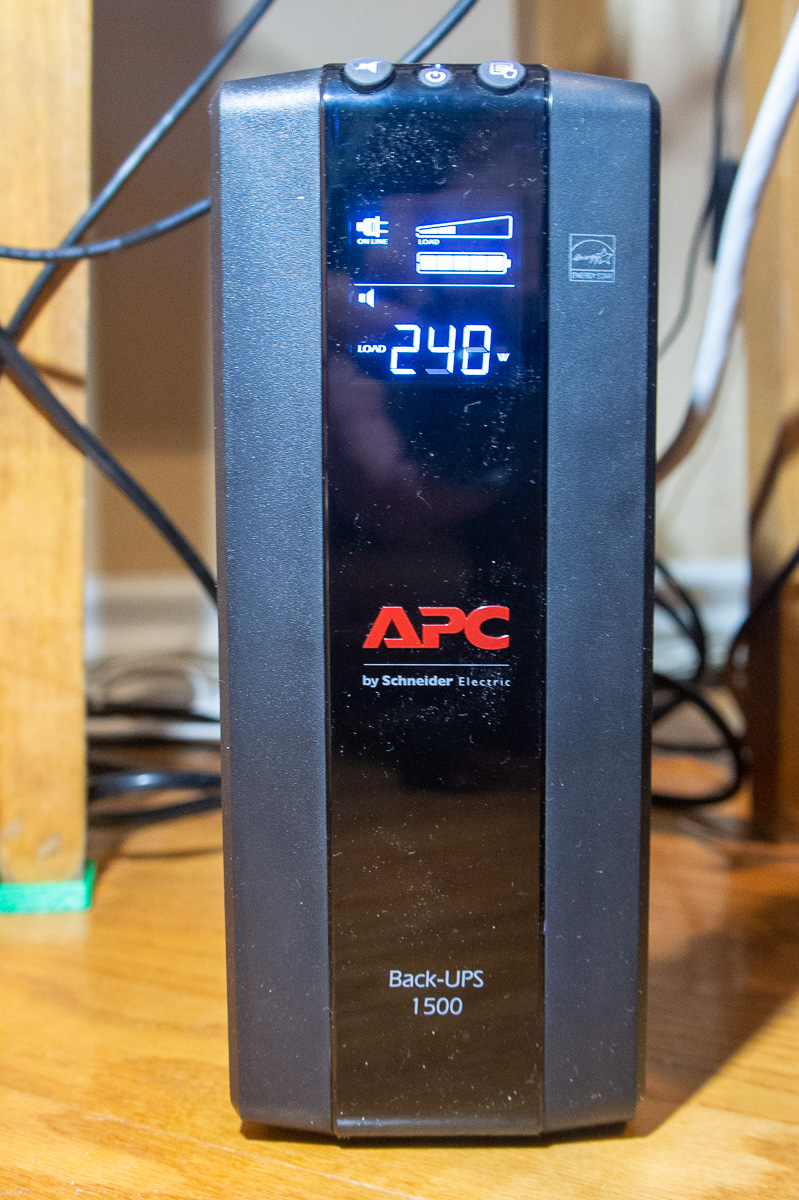 The proper sizing is the important decision. The UPS is generally intended as instant replacement of power when the normal source in interrupted. Its action is “instant on” invisible and instantaneous supply of the (usual) 120-volt power. The load never “sees” the power loss.

The UPS is NOT generally intended a replacement for back-up mechanical power generators. It is the “gap filler” between a power failure and the startup time for a motor-generator or other long-term power supply.

That reduces the cost and maintenance of needing a high capacity UPS. Batteries are maintenance items and need replacement. But the purchaser is free to choose the capacity and run time they need for the application.

My choice with 3D printing is a UPS run time of not more than one hour. Thirty or as low as fifteen minutes would be adequate. My desire is to ride through the usual one or two second “blink out” that we usually suffer in a weather event. Long term outage is rare and a risk I will accept for a print loss.

It’s the frustration of those few second outages killing a long print that the UPS is intended to relieve. Starting a print in the morning and hearing thunder in the afternoon is not comfortable and cause anguish.

We have two printers connected to the UPS shown. Each will draw 250 watts when the print bed is being heated. Normal run wattage is about 50 for one printer and 100 watts for the other (part of the 250 total load). Not sure why the difference. The nozzle heater may be larger on the 2 color printer. Stand-by is 7 to 10 watts (steppers and fans off). Except for start-up the high wattage print beds cycles with about a 10% duty factor.

Peak load is about 500 watts, but it is not likely the UPS would be used when first warming the print bed. Average run load (per printer) is 50 to 100 watts. 150 watts with both printers running.

I selected a 900 watt APC UPS. The pure sinewave some units feature is not critical. The UPS unit wattage needs to be adequate for the full wattage it is intended to support when it assumes the load. It is also an indicator of how long it will operate under the load. The price class for the UPS shown here is ~$170.00

The Schneider APC has intelligent controls that display the power (wattage) being drawn. It then computes the run time for the present charge of the battery. (Other brands may operate differently) With one printer operating the indication is the UPS can carry the load for one hour on the battery. That more than meets my goals. Two printers would probably run for thirty minutes.

I have produced a video that demonstrates the action of the UPS in a simulated power failure. There is absolutely no hesitation in switching to the UPS when power is interrupted. The same when going back to normal power.

The UPS fully satisfies my needs and peace of mind about running long prints. I must point out my computers are NOT using the UPS so long prints are always run from files loaded by SD memory. There is no particular reason the computer could not also share the UPS but in my case, the printers are not close to the computers.