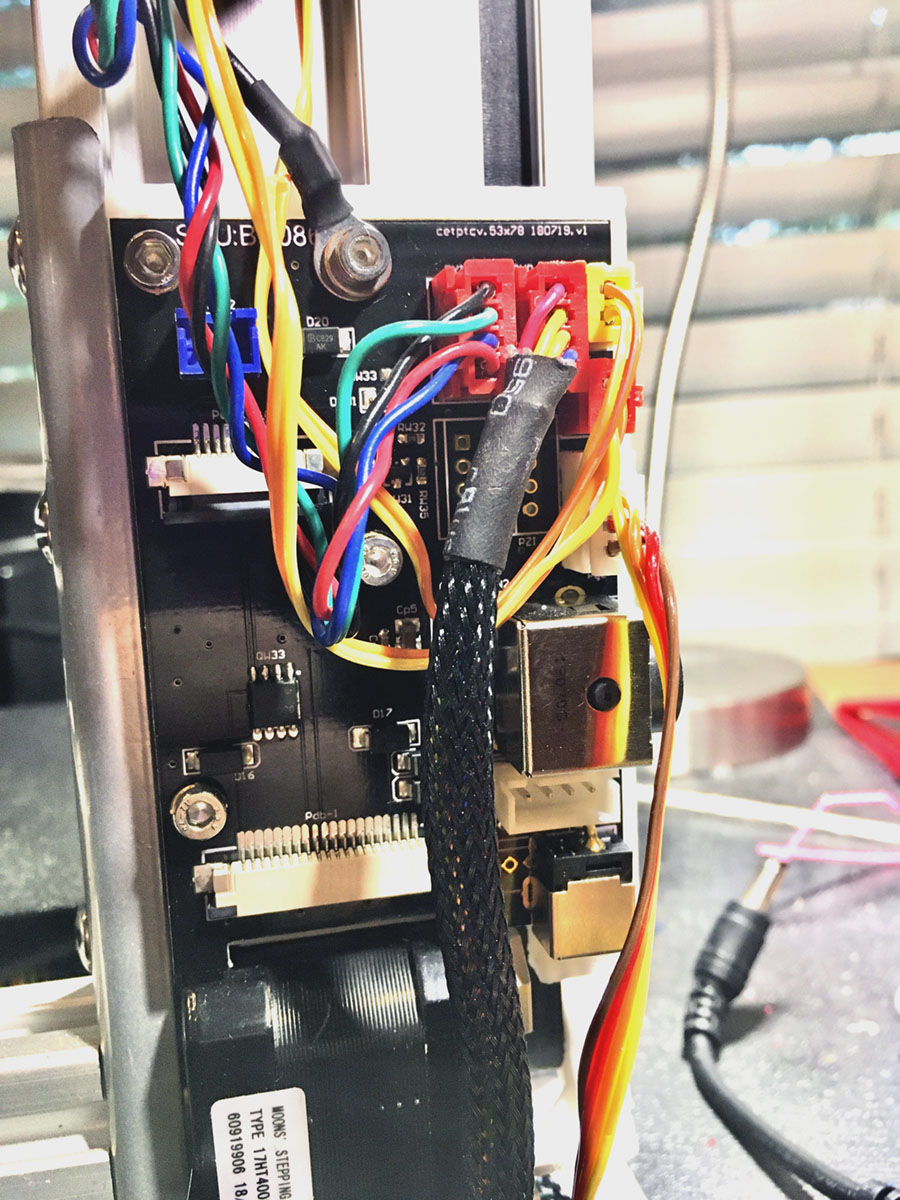 Tiertime - Cetus sent me (gratis) repair parts for my heated bed cable fire. It is a new accessory board kit which includes the accessory controller board and a new 20 conductor ribbon cable as well as the other kit parts like the white printed case and a power feed cord for the main controller board.  All the parts in the standard purchase kit.

It was very good they sent both the board and the cables. I assume they are part of the standard accessory board kit.

I have replaced the parts and again operating Cetus with a heated bed.

There was a slight issue when I tried the first test print with the heated bed. After UP Studio sliced the print and sent it to Cetus, there was a small audible “clink”, Cetus stopped dead and UP Studio reported that Cetus lost connection. Very strange behavior. This behavior continued on three more attempts to run the test print.

Re-booting everything did not fix the issue.  Then I used the manual pre-heat to test heating the bed. It heated the Cetus build platform exactly as expected. Then I went back to trying the test print again. This time it continued past the “die” point and the test print completed perfectly.

I believe the Cetus Processor does some very strange “caching” of its previous experience and/or setup. Its’s not been the first time I have seen the Cetus printer OS acting strangely. I believe it tends to use cached data without checking if a new “read” from UP Studio is available.

I usually do a “clear the SD” within printer setup and I know I didn’t do that this time. Probably the cause of the crash. I’ll remember next time.

Big MAMA Cetus is again a hot babe. Fingers crossed she doesn’t get too hot!