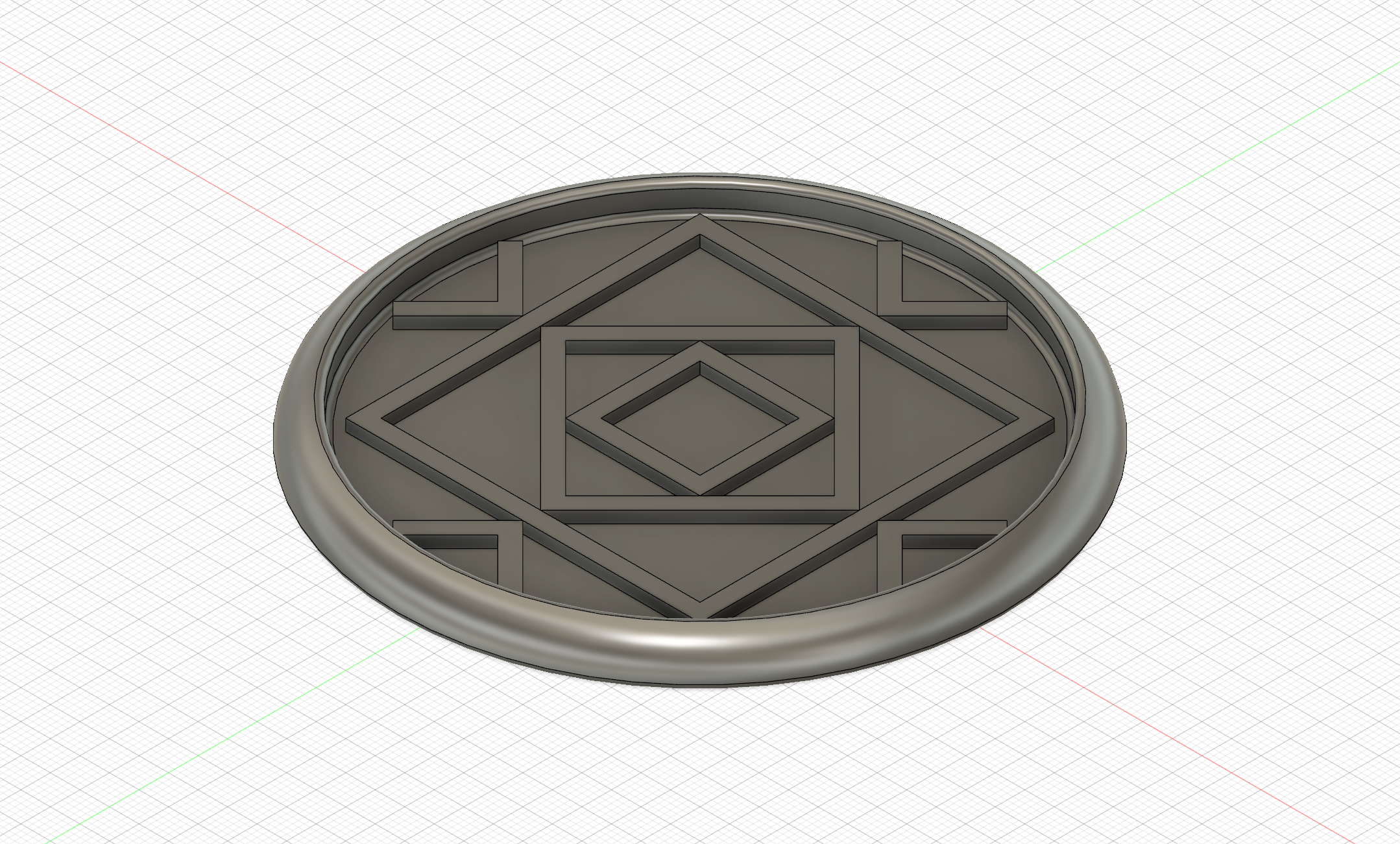 I have been 3D printing for several years and currently have four printers. Three are FDM (filament style) printers and the forth is a DLP (UV light/resin) style. I'll be describing more about these machines as I publish more articles.

I employed all three of my FDM printers for this project. To produce this much product in a couple of days was a lot of printing. There are 50 coasters in the pictures, but I printed a few more than that in the last two years.

The smaller, star coasters are not my design. They are similar to the Dallas Cowboys emblem, the reason I printed them. The snowflake coaster is also not my design, but was the inspiration for my design shown here to the right.

My wife Gloria is a "Quilter". If you know one, or like me, are married to one, you know they can have an intense group-society relationship over all things quilted. They gather together and go on Quilt Shop Tours and stage several day "retreats" where they get it (quilts) all put together. It forms a a basic fabric of their society. They have a great time and it leaves then all laughing in stitches. (Had to say that...)

Enough about quilting, but it formed the idea about this project. My wife likes to give away "treats" in the form of some of the things I make. Especially some of my plastic Junque. She asked me to make some more of the Star Coasters, so she could hand them out at her next retreat. Dutifully, I started printing. Then I got the idea that since it is a quilting retreat, the coasters should have a quilting theme.

I cast around a bit, fishing for a design. Trying to think of a simple design for a quilters' coaster. Then I got the strike! It's a basic pattern all quilters know... a square in a square in a square. Gloria recognized it immediately and exclaimed, "They will WANT  that one!"

Uh-Oh... Now I have to make a bunch!  I designed it in Fusion 360 and the #1 prototype was a bit too fat (thick). Easy fix and I soon had the production version ready for the print run. The outside diameter is 100MM as many folks like to use large oversized cooler mugs these days. A small coaster doesn't cut it. The Star coasters are smaller...

So, all three FDM printers were started and production commenced. Gloria claimed the light blue for herself, but the rest are up for grabs. Please note: Most of the production is setting on... a table quilt.

Here is a link to the quilt_sq_coaster.stl.