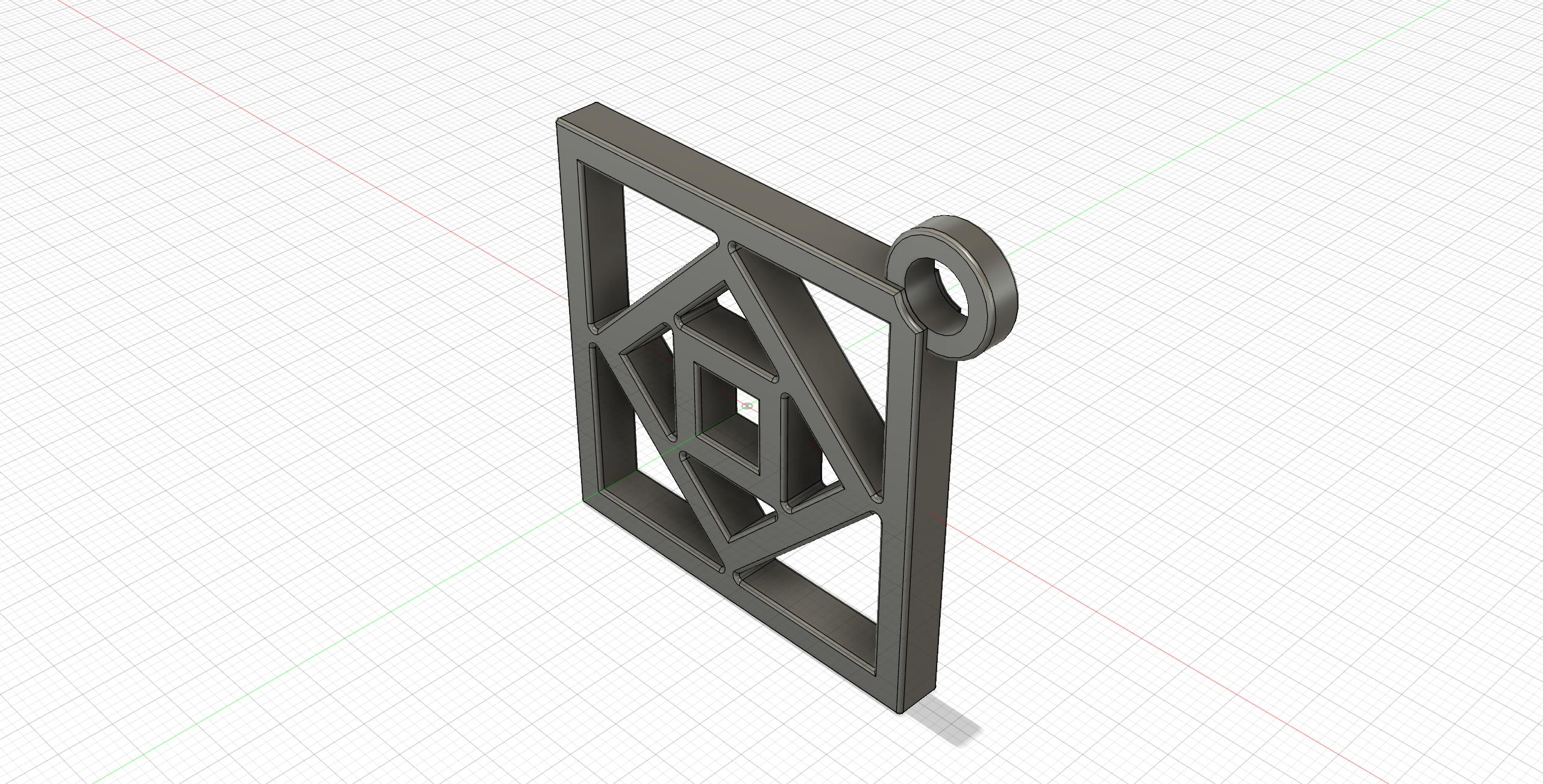 The design is drawn in FUSION360.

Most quilt makers use Imperial measurement (inch) so I decided the pendant would be a one-inch square (25.4 MM). The drawing was made using the metric scaling as 3D printing is always done in metric. 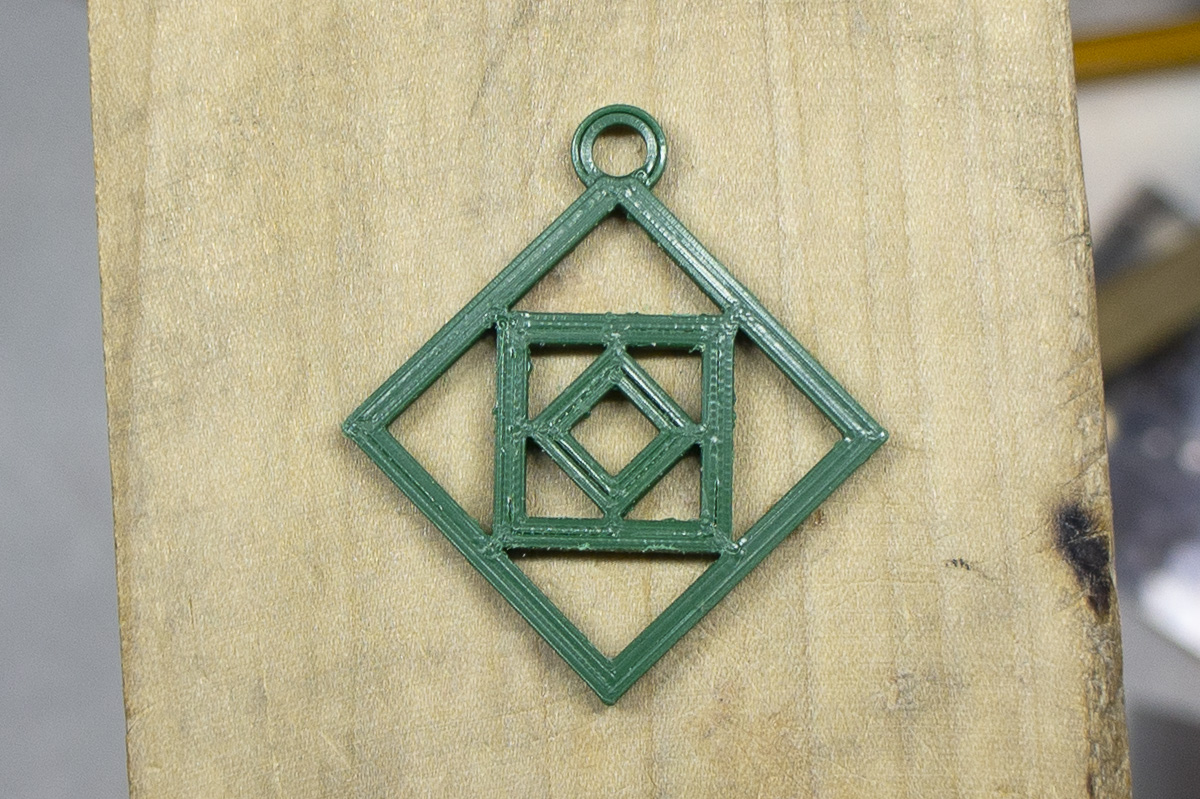 The pendant will be cast in Sterling silver. A first example was 3D printed using “MamaCetus”, a Cetus (brand) FDM printer so a prototype could be examined. The loop for the jump ring was a bit too small, so a simple correction was made in the drawing and a second example shown here in green PLA, was printed.

That’s what is nice about having a quickly made example to examine in-hand.

The intention is to resin print a group of six pendants using the DLP  Wanhoa D7 printer. Good castable prints have been made on this printer. The nice feature of a DLP printer is it can print six copies in the same time span as printing one. Print time on the D7 should be just over five hours. 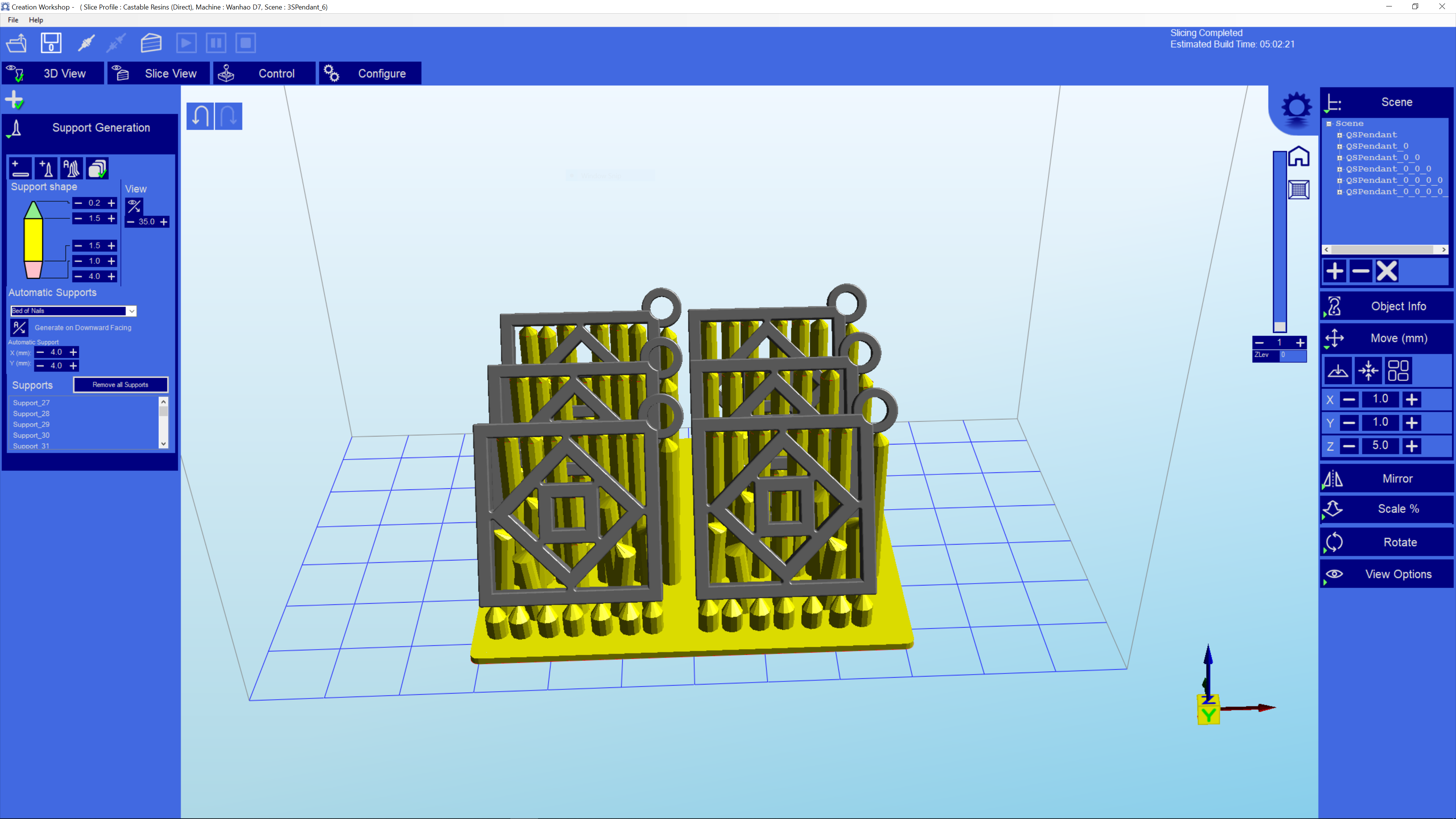 This is a test of the printer as well as a silver casting project. The reason for this writeup appearing here in the DPS website. the silver casting process is located here: https://dimensionalart.org/art/index.php/lost-wax/10-lost-wax/66-quilter-s-pendant

Plan “B” is to machine carve the pendants from wax using a 3 axis CNC micro mill. The project goal is to cast silver pendants, not struggle with casting a 3D printed master in an intermediate step. 3D printing is in theory, an excellent way to produce 3D master models for casting. Especially in volume as is shown here.

The issue is not entirely with the printing, but in achieving successful mold burn-out of the resin masters in the casting process.

Results of the Print Session 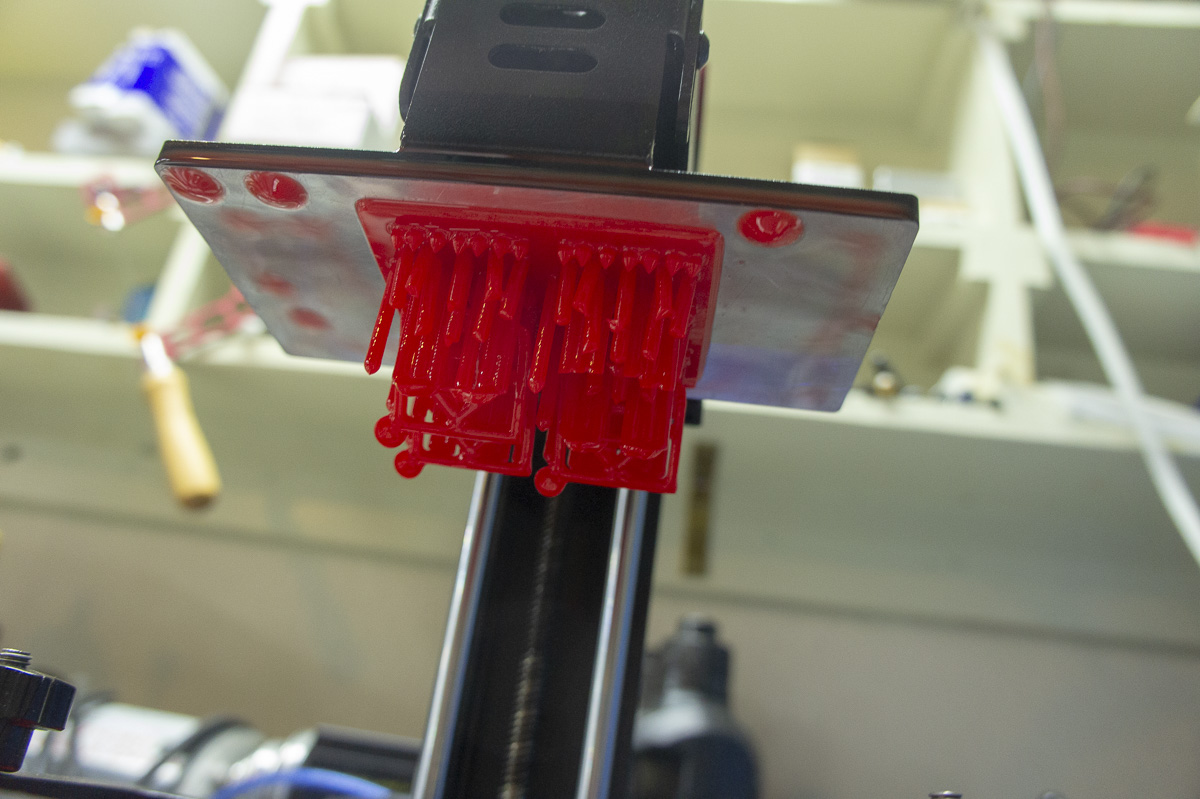 The first print session was a disaster. Three of the six pendants broke free of the supports. My fault, poor support design. Two of the remaining three were misshapen and ready to fall off. One was usable. This called for a new layout and support design and a reprint. 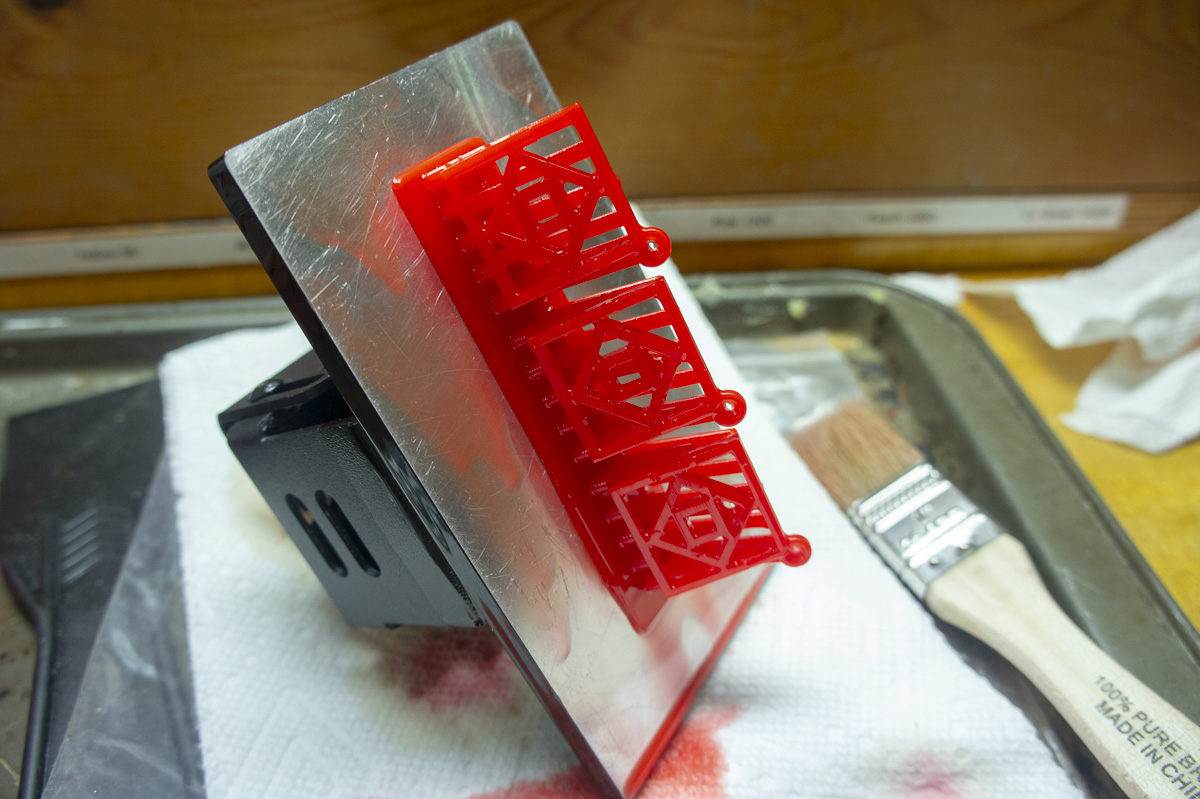 This triple layout printed very well and all were good for casting use. The Fun-To-Do Castable resin and the printing times are right on in the Wanhao D7. Print time in both examples was 5 hours. The number of Items has no effect on print time, only the print height and number of layers. 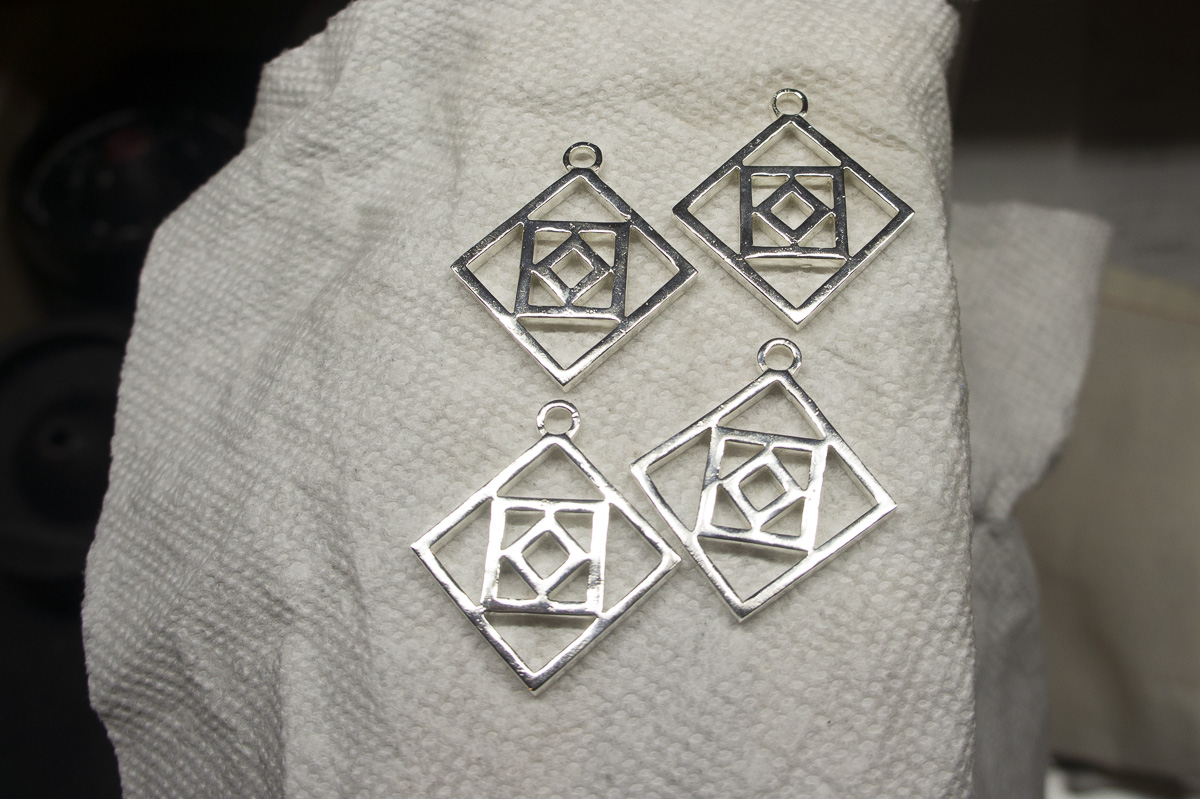