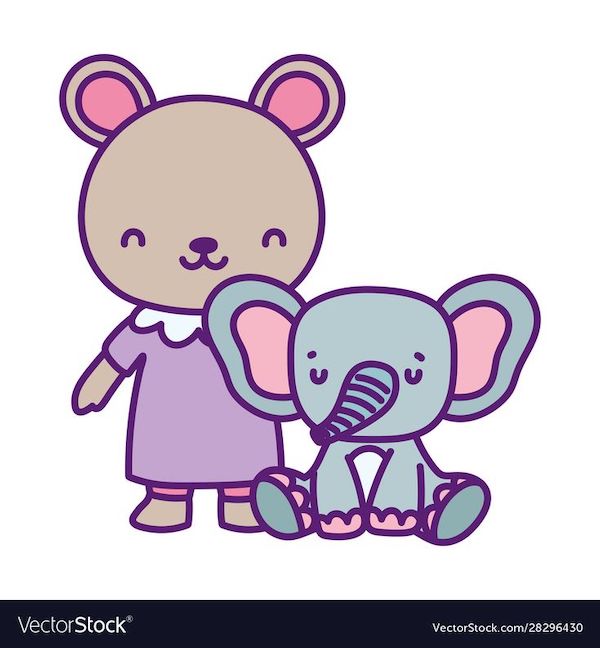 A story about an Elephant and a Bear.

Cetus is supposed to be a whale. This story reads more like a Circus animal act. Somewhat entertaining (I like to solve problems) but not something I would go out of my way to experience again. Watching whales is always popular.

On a Friday, I opened my Tiertime UP Studio3 V. 3.2.5 to slice a new .STL file and then make a 3D print. Blocking access to executing the application was an offer to upgrade to the new version V3.2.7. That seemed like a good idea.

I use UP Studio3 (UPS3) with my pre-release version of the Cetus2, single nozzle, dual extruder printer. The finial production release version of Cetus2 is on the way to my home, so this would be a good chance to see the new software updates. Yes, I will soon own two CETUS2.

The actual software update process was very easy, being drag and drop a couple of files into the Applications directory of my MAC-mini PC.

A few control input positions have changeed location and I discovered one new option setting that totally didn’t work with my Cetus2. It is called a “Short Code” option. With it enabled, the Cetus2 moves the extruder around but totally nothing comes out of the extruders. That was my first clue that this might not be software designed for my pre-release Cetus2.

I created and ran the gcode for a 50/50 (nozzle 3) mixed color print. It was a late Friday night, so I didn’t pay a lot of attention to the operation. It looked like it started out very well. But when I checked the finished print the next morning, the quality was awful. It looked like the extruder2 didn’t contribute to the print. Boy, was that correct…

First thought was it was a mechanical hardware issue. Plugged left side of nozzle, extruder drive slipping, number 2 extruder under heating, etc.

I also suspected some special script command codes may no longer be necessary with the updated slicer.

The strange thing was, I could get a good extruder purge flow using the control panel, but running a gcode file, the #2 extruder refused to extrude ANY plastic.

I’ll spare discribing the 20+ hours of testing, the pulling nozzle and cleaning, and much head scratching.

I finally notice, on close scrutiny of the gcode out-put by the new version 3.5.7 of UP Studio3, that the E: normally used to identify the amount of extrusion for every extruded print move was now a B: but just for every extruder #2 move.

The filament flow stoppage was not a hardware problem at all. The code writers at Tiertime have created a totally new unorthodox version of flow control in the new UPS3 gcode. Jason (in CETUS2 support) informed me quickly (on Monday) that there is a new contoll buried in EXPERT/Printers and only visiable and edit-able within the default file setup. it is invisiable when editing an active print file. Unfortunately for me it selects a DUAL EXTRUDER option and is DEFAULT TO "ON". *

I assume it must work with the new production CETUS2 now in production. But it means that CETUS2 may have a totally unorthodox method of dual extruder flow control because the "B" gcode commands will not be output by any other slicer of which I am aware. But, I am no expert on that... It coiuld be that IDEX printers do it this way.

When reverting back to UPS3 V3.2.5 I discovered an input table (that was previously hidden) for selecting variable percentage of mixing between nozzles. The new use of the “B” for “E”  is certainly tied to that feature.

It’s a feature I asked for and wanted. So, good things to come, but at the cost of total non-comparable interface with other slicers.

My pre-release CETUS2 is again producing outstanding prints using the older 3.2.5 version of UPS3. But I totally lost a weekend trying to solve a hardware problem that didn’t exist.

I knew it had to be connected with the update but couldn’t tell why. I finally scanned far enough down a print of the 3.2.7 produced gcode to see many lines of “B” where an “E” should be located.

The letters are similar in shape so “B” didn’t jump off the page and slap me silly, until at last I concluded it had to be something different in the gcode and really looked for it.

There it was, not the Elephant… but the Bear in the code. (Or was it the woods...)

* UPDATE (MONDAY)  EMAIL FROM JASON INFORMED ME OF THE NEW HIDDEN "FEATURE". RE-INSTALLED  UPS3 3.2.7 WITH DUAL EXTRUDER (OFF).  GCODE OUTPUT IS NOW CONVENTIONAL AMD WORKING.  PROBLEM WAS ONE HIDDEN SELECTION BOX DEFAULT TO "ON" WHAT A CIRCUS THIS WEEKEND WAS FOR ME...  I can only laugh... and wait for the new improved CETUS2